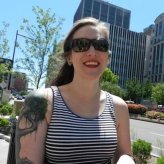 My name is Carla María Thomas, and this blog is all about my work as a scholar in medieval English literature and manuscripts. It’s also about the state of the field, my navigating the field as an early career scholar and a new parent, and anything else I feel like writing about quite frankly.

This third experimentation has led to the first book idea. To Haruko “Hal” Momma’s (my doctoral advisor) great joy, I’m sure, I’m finally thinking more in depth about the emergence of the English septenary meter (15-syllable line) in the late twelfth century and following it up to the late Middle English period with Richard Rolle, who uses it in some of his mystical poetry (such as “Love is Life”). My working theory is that while Poema Morale does not have the same strict 15-syllable meter as the Ormulum, but does have rhyming couplets (unlike Orm’s work), devotional writers in Middle English were inspired by the septenary form because of its use in the metrical Latin Psalms. The importance for them, however, was the maintaining of the rhyme scheme, not the strict syllabic count, which renders the metrical lines more akin to accentual verse than syllabic verse (Elizabeth Solopova has written an interesting article on this somewhere… I’ll find it). Nevertheless, these poems have, for the most part, 14 or 15 syllables per line. I do not believe that it is a coincidence that the earliest pieces of English verse in this form were homiletic in nature either–rather, there’s a combining of late Old English homiletic tradition (particularly its content and rhythmical prose) with the metrical Latin Psalms that proved incredibly influential for the writing of Middle English devotional poetry, from 1155 to 1325 (and possibly beyond).

My second book project will take one chapter on the manuscripts of Poema Morale from my dissertation and become its own biblio-creature with each chapter focusing on each individual manuscript in order to figure out what exactly is going on with its textual transmission. There are six manuscripts with full texts and three with excerpts, which means it was incredibly popular and culturally pervasive before the commercialization of book-making, and the last chapter (before a brief conclusion) will address these brief excerpts. This project will require much more archival research, which means more trips to England… Darn… 🙂

Other than that, all you need to know is that I also enjoy reading the speculative fiction of Octavia E. Butler and having pool time with my family because YAY FLORIDA.